Rotary Voices is showcasing a new video for GIVE EVERY CHILD A FUTURE:  Watch it here:

Saving lives in the Pacific

Saving lives in the Pacific

Senerita Pouvi, 9, receives a measles vaccination in December 2019 as part of a UNICEF-supported National Vaccination Campaign in response to a measles outbreak in the Pacific region. Photo Courtesy UNICEF. 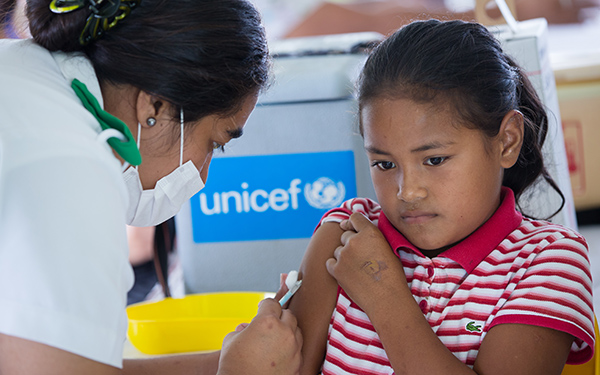 By James Allen, Project Director and member of Rotary Club of Sydney, Australia

Iam part of a team of Rotarians that came together nearly four years ago to initiate a project to recognize and celebrate the Centenary in Australia and New Zealand in 2021. It started as a group from the original four clubs in this part of the world – Melbourne, Sydney, Auckland, and Wellington. Since then, many other clubs and districts have participated and are providing support. We called the project Give Every Child A Future because importantly, it will reduce child mortality and ease the burden of cervical cancer, thus giving every child a better future.

We are introducing three new vaccines to nine Pacific island countries and will vaccinate 100,000 children during the 3-4 years of this project. These vaccines will protect small children from Rotavirus and pneumococcal disease, and women from cervical cancer. We reached out to UNICEF early in the project, recognizing that we needed a partner of its standing to implement the program successfully, and they came on board as our implementation partner.  Importantly we are also strengthening the health systems in these countries to make this sustainable into the future.

1 in 18 children die before their fifth birthday in parts of the Pacific.

The importance of this project to the people of the Pacific cannot be over emphasized. In parts of the Pacific, 1 in 18 children die before their fifth birthday and the incidence of cervical cancer is significantly higher than in Australia or New Zealand. We can change this through the introduction of these vaccines. However, introducing new vaccines into a country is not easy and is very expensive, particularly in the Pacific where the distances can be enormous and the population sparsely distributed. It is this introduction phase that the project is supporting at a total anticipated cost of approximately US$3.9 million. 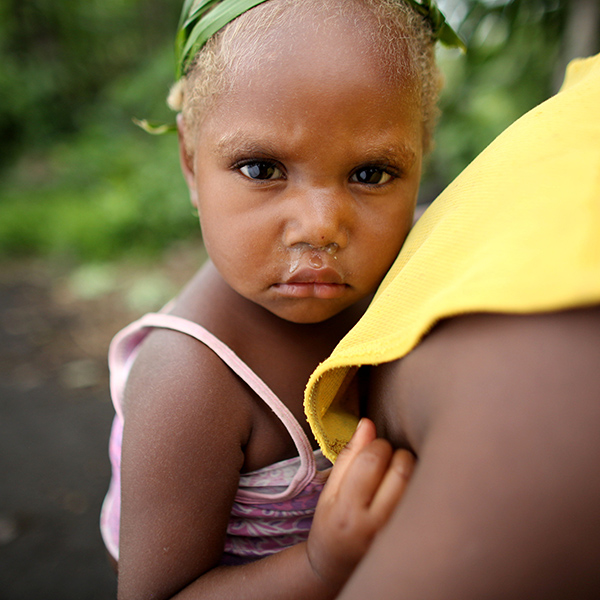 The project is well into its first year of implementation which has been supported by nine global grants from The Rotary Foundation. Vaccines and cold chain equipment to store the vaccines at the right temperature have been ordered and are in the process of being delivered. Detailed planning for the rollout has begun and training of healthcare workers has started in the proper handling and delivery of the vaccines. A communications plan is also being developed to educate these communities about the need for these vaccines and their safety and efficacy. There have been some delays due to the COVID-19 travel restrictions as there is only so much of this work that can be done on Zoom.

We are now well into the necessary fund raising and other activities for the second and third year of this project. Visit everychildafuture.com if you would like to help and for more information.