The photo below supplied by Jim Orchard, shows one of the renovated caravans on site being used by a bushfire victim as he/she attempts to rebuild their life after the 2020 bushfires.  This is a very typical scene which Editor noted on her drive around southern and eastern NSW.  That bushfire victims are still living in primitive conditions a year after the fires, is not acceptable and possibly quite traumatic. 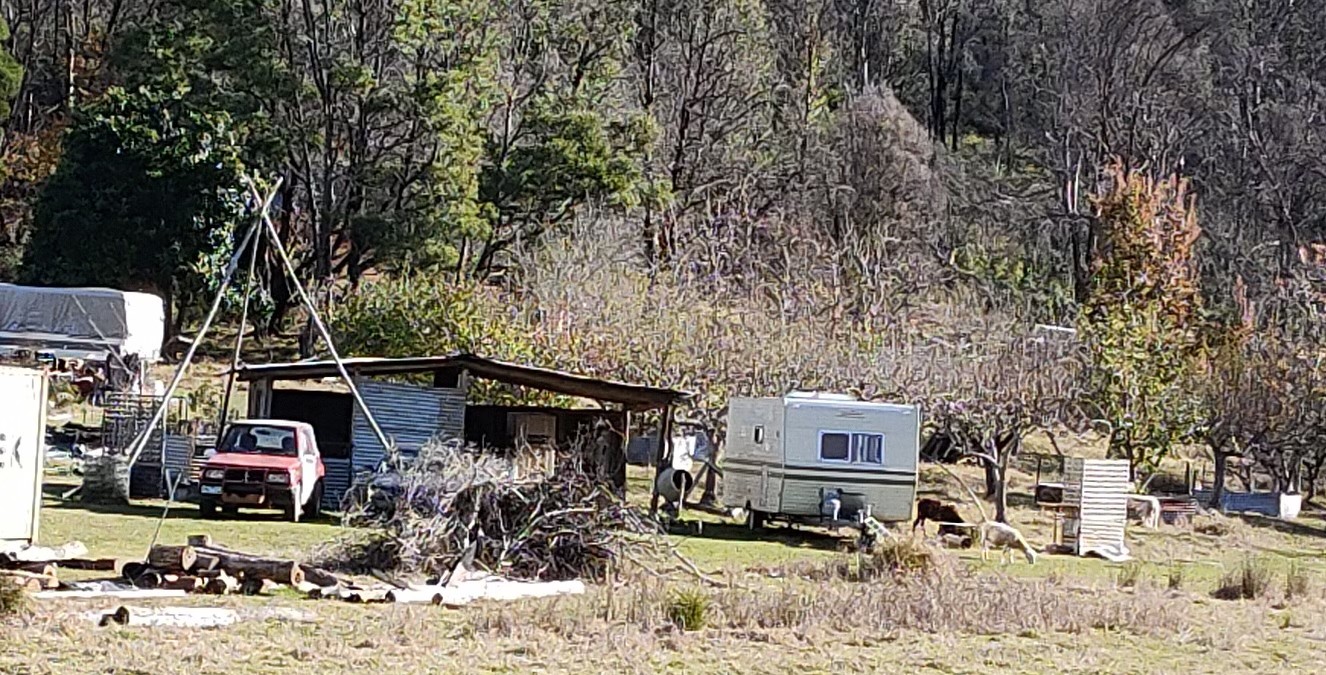 Was invited to present Rotary SAFE Families to Rotary Bateman's Bay, Bega, Lavington whilst on my travels. Unfortunately, due to pesky Covid, I could only visit Bateman's Bay.  Well worthwhile, as the Members immediately endorsed SAFE Families and became an Ambassador Club. Thank you Bateman's Bay for your support in Stopping Abuse in Families Everywhere.  Pic shows Editor with Pam and John who were just two of the many hospitable members at Bateman's Bay. 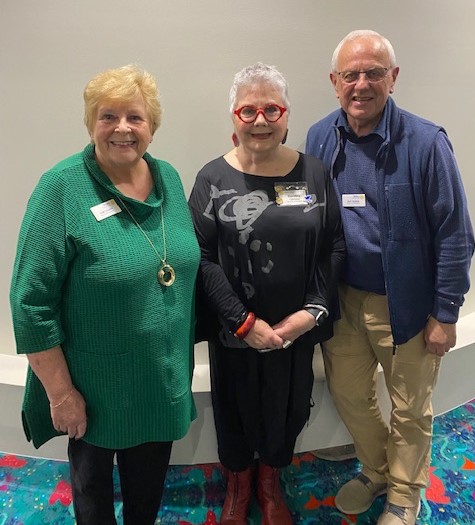 John Haslem, is a Bateman's Bay Rotarian after many years of membership with Rotary Melbourne.  He sends his kindest regards to us and particulary to David Frieze who was a mentor and great friend to him.  Incidentally, John was a victim of the bushfires last year and lost his home and all his memorabilia from his years as a Member of Parliament.  (Editor has John's contact details if needed).

Editor could not present at the Rotary Lavington meeting due to lockdown, but appeared online last week.  The Club's committed Rotary SAFE Families ambassador, Pete Lee had organised for me to speak on Albury/Wodonga radio whilst visiting the area and had invited Police and business leaders to the presentation.  Now another time, hopefully.  Had to put Rotary Wagga Wagga and Bega on hold till next time. (God willing!)

Editor loves cows.  Pic shows dairy cows grouping near milking area next to Milawa Cheese Company.  They are very proud to have their finest milk turned into the beautiful Milawa cheeses we all love.

We all need to take some time and visit these wonderful local Victorian towns, sample their wares, drink their wines. Milawa Cheese,  Beechworth honey, Simple no fuss travel close to home.