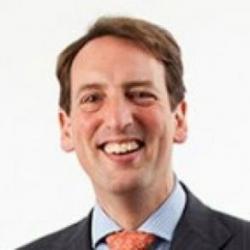 John Daley is one of Australia’s leading public policy thinkers. He has been Chief Executive of the Grattan Institute since it was founded seven years ago.

He has 25 years’ experience spanning academic, government and corporate roles at the University of Melbourne, the University of Oxford, the Victorian Department of Premier and Cabinet, consulting firm McKinsey and Co and ANZ Bank.

John has published extensively on economic reform priorities, budget policy, and tax reform. This work is underpinned by themes of the importance of government prioritisation, and the limits to government effectiveness.

About the Grattan Institute

“Grattan Institute is dedicated to developing high quality public policy for Australia’s future. It was formed in 2008 in response to a widespread view in government and business that Australia needed a non-partisan think tank providing independent, rigorous and practical solutions to some of the country’s most pressing problems.

These three words are vital to Grattan’s mission. We are independent, taking the perspective of the Australian public interest rather than any interest group. We receive no ongoing government funding and reject commissioned work to ensure this independence. We are rigorous in obtaining the best available evidence from our own data analysis and from published work. And we are practical in articulating what governments should do to improve the lives of all Australians."