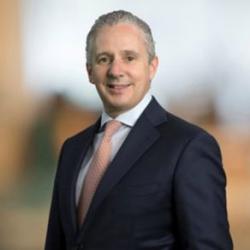 Andrew is an experienced senior executive with a career spanning more than 30 years.  Prior to joining Telstra, Andrew was with AXA Asia Pacific for 20 years where he held a number of positions including Group Chief Executive (2006-2011), Chief Executive Officer for Australia and New Zealand, Group Chief Financial Officer, Chief Executive for Asia and spent time based in Australia, Hong Kong, Thailand and Indonesia.  Under Andrew’s leadership AXA built a successful Asian platform, which was sold to its parent company in 2011 for $10.4bn.

In addition to his business activities, Andrew has contributed widely to not-for-profit and community organisations. He is Life Governor and Foundation Board member of Very Special Kids.  He is also a member of the Juvenile Diabetes Research Foundation Advisory Council, The Big Issue Advisory Group, and an Amy Gillet Foundation Ambassador.

He is a passionate about the visual arts and supports Telstra’s programmes with the National Gallery of Victoria, Museum of Contemporary Art and the National Aboriginal and Torres Strait Islanders Art Award.

Andrew is a fellow of the Chartered Association of Certified Accountants, he has an MBA from Kingston University, London and is a Graduate of Harvard Business School’s Advanced Management Program.