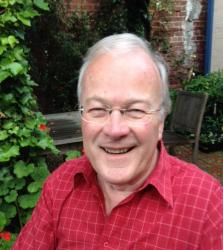 Prof Peter McPhee was appointed to a Personal Chair in History at the University of Melbourne in 1993. He specializes in research on French history and the French Revolution, having published numerous books on the subject. His academic management positions at Melbourne have included working as Deputy Dean of the School of Graduate Studies, head of the Department of History and President of the university's academic board.

He was President of the Academic Board in 2002-03, then appointed to the position of Deputy Vice-Chancellor (Academic) in 2003 before becoming the University's first Provost in 2007-09, with particular responsibility for the design and implementation of the University's new curriculum structures.

He has chaired the Board of Melbourne University Publishing since 2012. He is a Fellow of the Australian Academy of the Humanities and the Academy of Social Sciences. He was awarded a Centenary Medal for services to education in 2003 and became a Member of the Order of Australia in 2012.