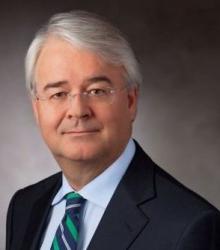 Mr Andrew was Chairman and CEO, KPMG International from May 2011 to July 2014. He is the first Australian CEO of one of the “big four” accounting firms and the first to be based in the Asia-Pacific region. A partner in KPMG since 1988, Michael practiced in Tax Law and was Partner in Charge of KPMG Tax Practice 1995-2000 and was Partner in Charge of KPMG International Tax Centre in Amsterdam from 1992-1994. Michael was Chairman of KPMG Asia-Pacific and Chairman, KPMG Australia from 2007 until 2011.

Mr Andrew was the Chair of the Australian B20 Working Group on Anti-Corruption and Transparency and its Global CEO Forum.

Mr Andrew was appointed Chairman to the Board of Taxation in January 2015.

Mr Andrew was appointed Chairman to the Black Economy Taskforce in December 2016 with the Taskforce to provide a final report to Government in October 2017.