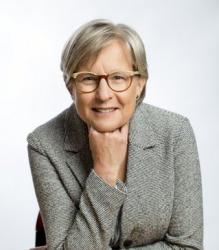 Judy joined Red Cross after seven years as global Chief Operating Officer for WWF (World Wide Fund for Nature), which operates in over 100 countries. In this role, Judy was responsible for the operations of the Secretariat and field programme offices, for global corporate engagement and partnerships, for WWF performance measurement and for supporting the Director General on developing and implementing strategy for how WWF evolved as a Network given global trends.

Before that Judy was the Chief Executive Officer of Lonely Planet Publications for six years. Lonely Planet is the world's leading travel publisher with around 400 staff and 350 freelance travel writers. In her last year, Judy supported the sale of Lonely Planet to BBC Worldwide.

Before joining Lonely Planet Judy worked with a Silicon Valley start up to launch in Australia. She did this for 18 months while waiting until 'the right job came along' after she left Telstra. At Telstra Judy was the Chief of Consumer Sales responsible for over 6 million customers, over $4 billion in turnover and 5,000 staff. Judy was with Telstra for eight years starting in the International Division and was instrumental in the development of the FOXTEL partnership.

Judy has also worked in the Australian government across a number of portfolios :Industrial Relations, Transport and Communications, Finance, Child Care and Social Security, including advising Ministers.  She is also a keen cyclist and took a gap year when she cycled 6,000 kilometres from Greece to Norway.

Judy has an MBA from Sydney University and a Bachelor of Arts from the University of Canberra. She also attended the six week Executive Program at the Stanford Graduate School of Business.