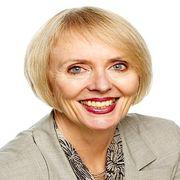 Martine joined the Committee for Melbourne in March 2016 after serving as Chief Executive Officer of the Australia China Business Council (ACBC) where she led the development of the organisation’s national strategy.

With extensive experience in government, the non-profit and international policy sectors, Martine has high-level expertise in public policy development, formulation and promotion in Australia and internationally. She has specialised in strategic and operational planning, stakeholder management and organisational change management.

Prior to her role at the ACBC, Martine was Deputy Director of the Lowy Institute for International Policy where she spearheaded the organisation’s business and organisational development. As Secretary-General of the Australian Red Cross (ARC) from 2001-2004, based at its national headquarters in Melbourne, she worked on a national transformation strategy to help the ARC improve its delivery of community and relief services across Australia and globally.

From 1983 to 2000, Martine was a senior Australian diplomat serving as Australian Ambassador to Argentina, Uruguay and Paraguay; Deputy Head of Mission and Australian Deputy Permanent Representative to the International Atomic Energy Agency in Vienna. Martine was also an adviser to Foreign Minister Evans from 1992 to 1994.

Martine holds a Bachelor of Arts Degree (Political Science and German) from the Australian National University. She speaks French, German and Spanish.