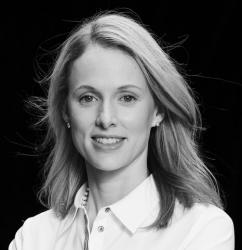 Dr. Bronwyn King is an Australian oncologist and founder and CEO of Tobacco Free Portfolios, a not-for-profit organisation that collaborates with the world’s largest financial organisations to drive global change towards tobacco-free finance.

Bronwyn started her medical career working on the lung cancer unit at the Peter MacCallum Cancer Centre in Melbourne. The devastating impact of tobacco on her patients left a deep impression. Years later, Bronwyn discovered her unwitting investment in tobacco companies through her super fund and felt obliged to try to bridge the gap between the health and finance sectors.

Tobacco-free finance policies have since been implemented by more than 40 Australian superannuation funds as well as Sovereign Wealth funds, banks, insurers and fund managers in ten countries, including BNP Paribas, AXA and Australian Super.  More than AU$12 Billion away from investment in tobacco

A former elite swimmer who represented Australia and for ten years worked as Team Doctor for the Australian Swimming Team, Bronwyn is also actively involved in a range of community initiatives. She is the Tobacco Control Ambassador for Cancer Council Australia, an Australia Day Ambassador, an Ambassador for Big Brothers Big Sisters Australia and a fellow of Leadership Victoria’s Williamson Community Leadership Program.

In 2013 she received the President’s Award for Tobacco Control from the Thoracic Society of Australia and New Zealand.

In 2014 she was listed as one of the Westpac/Australian Financial Review 100 Women on Influence.

In 2015 Bronwyn was awarded the VicHealth Award for Preventing Tobacco Use.

In 2016 she received the Dr Bob Elphick medal for tobacco control from the Australian Council on Smoking and Health.

In 2017 she was made the Inaugural Distinguished Fellow in a joint initiative between Kings' College London and the University of Melbourne, she became a Diplomat of the Global Charter of the World Association of Public Health Federations, was made a 2017 VicHealth Champion.