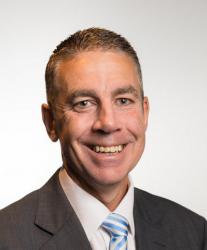 Speaking on “The Club and Venue that are Perfect Hosts for AFL Grand Final”.

Mark Anderson has a diverse and very important role at the Melbourne Cricket Club. As Club manager, he is responsible for the successful operation of the MCC Members Reserve at the MCG on event days, ensuring that all members and their guests have a satisfying experience. It is a position he has held for the past 18 years, part of a 28-year stint in the club’s administration.

Mark also manages a team responsible for the staging of more than 50 club functions each year, and is more than a dab hand as master of ceremonies. He manages member disciplinary matters and the administration of the MCC’s cricket teams, as well as overseeing the club’s 12 sporting sections and six special interest groups.

He also regularly performs the role of Venue Manager on MCG match days, working closely with the event, security and police teams in overseeing the smooth and safe operation the ground.

An MCC member for more than 25 years, Mark was a long-time MCC cricketer at various grades of the Premier Cricket competition, including more than 300 games and several premierships as captain. He is a passionate Melbourne FC supporter, still yearning to see a Demons flag at the home of football.

No one is more qualified to take you inside Australia’s most prestigious sporting club, as we head towards another AFL Grand Final.