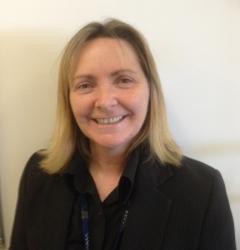 Speaking on Human Trafficking and Sex Industry in Victoria.

Snr Sgt Marilynn Ross APM, has been a member of Victoria Police for 30 years. Spending her first 5 years in the job at St. Kilda Police Station, Marilynn developed a wealth of experience in operational policing including street prostitution and drug related crime.

She then spent 8 years working as a Detective with both the Child Exploitation Squad and as a Divisional Detective.
Marilynn then worked on a number of Victoria Police projects including the Mobile Data Network Project which involved the installation of computers into police cars.

She has spent the last 5 years as the Officer in Charge of the Sex Industry Co-ordination Unit. The primary function of the Sex Industry Co-ordination Unit is to identify illegal activity in the sex industry, both the licensed and illegal sectors, to protect vulnerable persons from exploitation and co-ordinate intelligence sharing between key stakeholders. They also identify, report and educate on human trafficking.

In 2014, Marilynn developed a Human Trafficking Information and Awareness Package and as a result was asked to accompany the AFP to the International Law Enforcement Academy in Bangkok (Thailand), to present on a package. This package is now being used nationally and around the world.

Marilynn is committed to raising awareness around Human Trafficking in Australia and is an advocate for Human Rights.