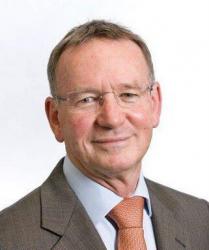 Greig will be speaking on The Coming Transformation of the Motor Car.

Prior to this non-executive career, Mr Gailey was the Chief Executive Officer of Zinifex Limited from the date of its listing on the ASX in April 2004, until June 2007.  Zinifex Limited was the successful rebirth of Pasminco Limited, which passed into Administration in September 2001.  Mr Gailey joined Pasminco as Chief Executive Officer in August 2001 and saw the company through its major transformation and re-emergence as Zinifex.

Mr Gailey has extensive experience in the resources sector.  He was Chief Executive Officer of Fletcher Challenge Energy, based in Auckland, from 1998 until Shell International acquired the company in March 2001.  From 1964 until 1998 he worked for the British Petroleum Company where he held various positions throughout Australia and offshore before ending his career with BP as Director of European Refining based in Brussels.

Mr Gailey has a Bachelor of Economics from the University of Queensland.  He resides in Melbourne and is married with one daughter, two grandchildren and one great grandchild.