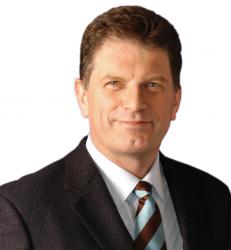 Speaking on  the "The Life and Legacy of Sir John Monash".

Ted Baillieu was born on 31 July 1953 in Melbourne.
He studied architecture at Melbourne University and throughout his public life has retained a keen interest in planning.
Before entering Parliament, Ted was a Director of Knight Frank for 20 years; a Trustee of the Melbourne Convention & Exhibition Trust; a Board Member of Tourism Victoria, and a Partner with Mayne & Baillieu Architects.
He has also served as a Board Member of the Melbourne Comedy Festival and the Australian Children’s Television Foundation.

In 1999 Ted became the Member for Hawthorn. On entering Parliament, he held a number of Shadow Ministries including Tertiary Education and Training, Gaming, Planning and the Arts. Ted was elected Leader of the Victorian Liberal Party on 8 May 2006. Following the Victorian State Election on Saturday 27 November 2010, he served as Victoria’s 46th Premier and Minister for Arts from 2 December 2010 to 6 March 2013. He retired from Parliament at the 29 November 2014 Victorian State Election.

Ted is passionate about Victoria, our multicultural base, the Arts and encouraging a growing economy.
As a former architect and Fellow of the Australian Institute of Architects, Ted uses his knowledge and experience to promote architecture, design, growth and development and build a better future for all Victorians.
Ted has also actively pursued a very significant International Engagement Strategy to provide increased opportunities for Victorian business to grow our economy. He is the recipient of the 2013 Ashoka Medal from the Australia India Business Council Victoria in recognition of his contribution to Australia-India relations; and the Asian Leadership Network of Australia’s 2014 Special Public Service Award.

He served as an Honorary Ambassador for the Victorian Government’s 80 Days of Melbourne initiative during which Victoria hosted an unprecedented number of internationally recognised sporting, arts, cultural and trade events between 9 January and 29 March 2015.

In 2016, Ted was appointed Melbourne University’s Honorary Enterprise Professor associated with the Faculty of Architecture, Building and Planning. In 2017, he joined the Committee of the Melbourne Cricket Club, the Australian Institute of Architects Foundation Board and was appointed Adjunct Professor, Swinburne University.
Ted is Patron of a number of groups including Multicultural Arts Victoria, Public Record Office of Victoria, The Sovereign Hill Museums Association, Queenscliffe Historical Museum and Cancer Council Victoria: Relay for Life Hawthorn.
Well known for his love of swimming, Ted tries to find time for a few laps or a swim in the ocean. Ted and his wife Robyn have three children.