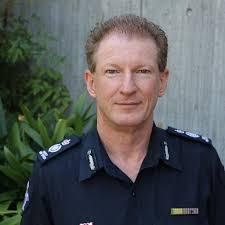 Greg Leach is currently the Acting Chief Officer of the Metropolitan Fire and Emergency Services Board (MFB). Greg has had 32 years’ experience in the emergency services, commencing with Country Fire Authority, where he held senior operational role, then eight years with Ambulance Victoria, where he held senior executive positions, including Regional Manager, Grampians Region.

Greg has been with the MFB for 3 years, and as the Deputy Chief Officer, Organisational Learning & Development, where his responsibilities include delivering operational training to MFB’s 2000 strong firefighter workforce.

Greg has an MBA and a Masters in Emergency Management, as well as being a graduate of the Australian Institute of Company Directors Course and a Member of the Institute of Fire Engineers.

Greg is an experienced Level 3 Incident Controller, and has managed large wildfires across Victoria and interstate since 1993, as well as major structure fires and other emergencies including the Longford Gas Plant explosion in 1998.