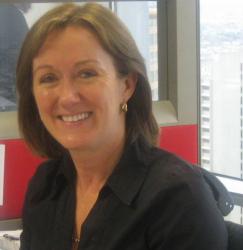 Speaking on "My Communication Journey – from the Farm to the Board Room".

Marie is an Executive Director and Company Secretary for Mitsubishi Australia. Since 2004 she has been responsible for the group’s corporate operations nationally.

Marie grew up in South Gippsland on a dairy farm and is one of seven children. Marie commenced her career in chartered accounting in Melbourne and PNG, and then moving into industry with Ford Asia Pacific where she worked across Ford’s offices in Asia and Australia.

In 1984 Marie took leave from Ford to start her family. During this time Marie had two children, Sarah and Nathan. She worked part-time in Chartered Accounting while her children were young. When her children started school, Marie recommenced full-time work. At that time, 1990, the French champagne house, Moët & Chandon, made their investment in the Yarra valley where the construction of Domaine Chandon commenced and Marie took on the role as Financial Controller, and later appointed CFO/General Manager.

In 1998, Chandon was fully operational and was a strong national and global brand. For a new challenge, Marie then moved to an IT company that wanted to launch an IPO. The IPO of Hansen Technologies Ltd was successful and after six years as CFO, Marie developed an interest to move back to General Management. She commenced the position of General Manager Corporate Affairs with Mitsubishi Australia in 2004, and in 2008 was appointed to the Board of Directors, and as a non-Executive Director of Mitsubishi New Zealand, https://www.mitsubishicorp.com/au/en/

Marie has a Bachelor of Economics from Monash University (major in Accounting), was awarded Fellowship status from the Society of CPA’s in 1994, and in 2008 completed a Diploma of Directorship with the Australian Institute of Company Directors.