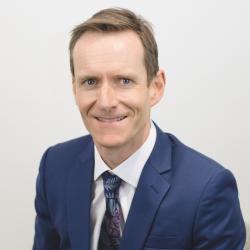 For Raymond, a railway is all about connecting people and places in a growing city.

Under his leadership, Metro Trains is focused on delivering an exceptional passenger experience. That is being achieved through a relentless focus on reliable, safe and clean services – together with accurate and timely information – on a railway that is accessible for all passengers.

Raymond is leading Metro Trains through one of the most significant periods of transformation in the history of Melbourne’s rail network, delivering a future network to meet the city’s growing needs.

To foster the collaboration and cohesion Metro Trains needs to deliver a highly efficient railway for the city of Melbourne, Raymond has introduced the concept of ‘One Team. One Metro’ and is engaging staff to work together with trust and respect to deliver for passengers.

As CEO of one of Victoria’s largest employers, Raymond has overseen a renewed focus on safety for the organisation’s people, community and environment as Metro drives toward a target of zero harm. He’s also committed to fostering a diverse and inclusive workplace that attracts and develops the best people and enables them to do their best work for the people of Melbourne.

Prior to becoming CEO in July 2018, Raymond was Executive Director Franchise at Metro Trains, responsible for leading all critical operational delivery portfolios.

This followed his tenure as MR4 Bid Director, where he successfully led the franchise negotiation process with Public Transport Victoria. Under the MR4 rail franchise, Metro Trains will run the metropolitan rail network until at least November 2024.

Raymond has previously served as Chief Financial Officer (CFO) at Metro Trains, responsible for the financial management of a consortium led by railway and property experts MTR Corporation, together with John Holland Group and UGL Rail.

He has also served as CFO of Yarra Trams and Director Corporate Finance at PwC.