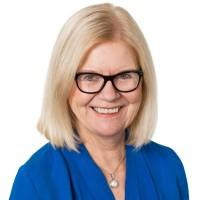 Helen Leake is one of Australia’s most accomplished creative producers. Her feature credits include HEAVEN’S BURNING with Russell Crowe, BLACK AND WHITE starring Robert Carlyle, SWERVE with Jason Clarke, and WOLF CREEK 2.

Her films have been selected for over 30 international Film Festivals, including Venice, Toronto (twice), London (twice), Karlovy Vary and Pusan. Helen develops intellectual property into world-class screen stories for the big screen, streaming services or networks depending on the content and style.

Helen is working again with writer Louis Nowra after a successful collaboration on BLACK AND WHITE, a period drama which opened the Sydney Film Festival. Justice Michael Kirby said “every person in the country should watch this film”, critic Andrew Urban “(it is) the sort of film Australia should be making” and The Times London said “… a challenging film that dares to trust our intelligence”.

Louis agreed to take on the commission of MONASH and the script has attracted one of Australia’s most talented and accomplished directors, Bruce Beresford. This film will be an important contribution to Australia’s culture, and tells the story of one of Australia’s greatest heroes.
www.duoart.com.au
www.dancingroad.com

Producers Helen Leake and Gena Ashwell and director Bruce Beresford aim to start shooting Monash, a biopic of Sir John Monash, hailed by many as the foremost Allied military commander in World War 1, in Europe in the northern spring.

The screenplay is by Louis Nowra, who started collaborating with Leake in 2012. Beresford joined the project in the middle of last year. Leake and her Dancing Road Productions partner Ashwell have secured investment from the UK and France and are confident of raising the rest of the budget in Australia, including the Producer Offset.

They plan to start shooting in France and England next May/June with a high-profile ensemble cast of Aussies and Brits. Screen Australia has provided story development funding.

Explaining the rationale for the film, Leake tells IF: “Monash was a winner, a hero, unlike the Gallipoli story which was about loss. As Bruce said, ‘We have to make this film because there is a whole generation who know nothing about him or WW1 generally.’”