Can the world end extreme poverty by 2030? - ONLINE ONLY 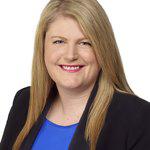 Sarah Meredith is Global Citizen's Australian Country Director, overseeing the movement's efforts in Australia. She is a passionate advocate for gender equality, investment in universal health care, access to clean water and basic sanitation, breaking the taboo on menstrual hygiene, Australia’s role in the world and the delivery of the UN’s Sustainable Development Goals.

Sarah has been an active member of the community and was named as the City of Casey's Young Citizen of the Year in 2002 as part of the Australia Day honours. Sarah has represented Australia at a number of local and national forums, including as one of 50 young Australians selected to be a member of the Australian Government's National Youth Roundtable and one of Australia's representatives to the 'Young People Can Change the World' World Youth Forum in Wales in 2001.

Sarah currently sits on a number of advisory committees including Melbourne’s bid for the 2022 Women Deliver Conference and Netball Australia’s World Cup bid.

Sarah has completed a Bachelor of Arts at the University of Melbourne and a Master of International and Community Development at Deakin University.

Connect with Sarah via: