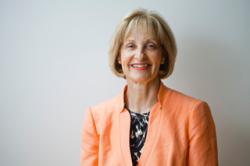 Jillian is a professional company director with a legal and regulatory background and private and public sector experience.

Jillian is Chair of the General Sir John Monash Foundation, having been appointed Chair in 2010 taking over from General Sir Peter Cosgrove.

Currently, she is also a director of Rabobank Australia Limited. Chair of the Australia Israel Chamber of Commerce (NSW), Chair of the Independent Parliamentary Expenses Authority (IPEA) a director of the Garvan Institute of Medical Research, the Grattan Institute of Public Policy and a Trustee of the Sydney Opera House Trust. Jillian is President of the Executive Council of Australian Jewry (ECAJ).

Amongst her previous appointments, she was a director of ASX Ltd and National Australia Bank Ltd and a member of the federal government's Remuneration Tribunal.

Jillian was a Commissioner and later Deputy Chair at the Australian Securities and Investments Commission (ASIC) from 1997 to 2002 and has served on other government boards and reviews.

Prior to her time at ASIC, Jillian practised as a corporate and environmental partner at Allen Allen & Hemsley (now Allens Linklaters) and also worked for Davis Polk & Wardwell in New York.

Jillian graduated BA. LL.B from UNSW and has an LL.M from Harvard University. Jillian was awarded a Centenary Medal in 2003 for services to society through business leadership, and appointed a Member of the Order of Australia in 2005 and in January 2019 she was appointed an Officer of the Order of Australia for service to the banking and financial regulation sectors, to not-for-profit organisations, and to women. Jillian is also a Fellow of the Australian Institute of Company Directors and a member of CEW.