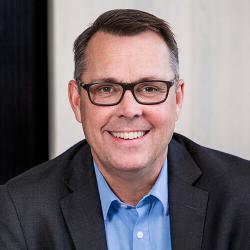 The COVID 19 pandemic poses a fundamental threat to higher education in Australia. It has left a big hole in University finances which could see a significant reduction in the research capacity of the higher education sector for many years to come, and threaten Australia’s global competitiveness. However, the crisis also creates an opportunity for Universities to reinvent themselves. Not just in how they do things, but to ensure that they remain relevant and valued institutions who are vital contributors to economic recovery and the development of human capital.

A Deputy Chair of Universities Australia, UA Lead Vice-Chancellor on Health workforce issues and a member of the AHEIA Executive Committee.

Other Directorships include; Education Australia Pty Ltd, The Olivia Newton-John Cancer Research Institute, AARNet, The Committee for Melbourne, and the Foundation for Australian Studies in China.

He is a member of the University of Lincoln’s 21st Century Lab Higher Education Reference Group, and a Male Champion of Change.  He is an Honorary Fellow of Hertford College, Oxford, an Adjunct Professor in the Melbourne Law School and the La Trobe Law School, and a Visiting Professor at the Helena Kennedy Centre for International Justice at Sheffield Hallam University.

In the 2020 Australia Day Honours List, Professor Dewar was made an Officer of the Order of Australia, in recognition of his distinguished service to education.

He was a member of the Advisory Board for the Centre for Ethical Leadership at the Melbourne Business School and Ormond College from 2010-2016. In 2014, he chaired the Legislation and Finance Working Group for the Federal Education Minister.