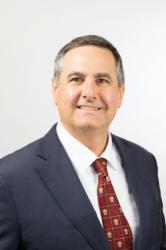 Salvatore Babones is 'Australia’s globalization expert'. He is an associate professor at the University of Sydney whose research takes a long-term approach to interpreting the structure of the global economy, with a particular focus on China.

He is a fortnightly columnist for Foreign Policy and a regular contributor to The National Interest. His new 'Philistine' column for Quadrant magazine debuted this year. Salvatore is an elected member of the National Committee on US-China Relations

The proposed Australian Foreign Relations Bill (AFRB) will establish "a legislative scheme for Commonwealth engagement with arrangements between State or Territory governments and foreign governments" -- and is clearly targeted at Victoria's state-level Belt & Road diplomacy with China. Sub-national diplomacy is a unique feature of China's international relations.

While other countries negotiate almost exclusively at the national level, China has no qualms about going down a level or two if it does not get its way at the top. It does this both through centrally-negotiated agreements (like the Victorian Belt & Road compact) and by directing sub-national Chinese entities like provinces, cities, universities, and corporations to pursue national goals in their relationships with peers in other countries.

Australia has many institutional mechanisms for addressing these Chinese diplomatic incursions, but they have often acted at cross-purposes, with the 2015 Darwin port fiasco illustrating the shortcomings in Australia's approach.

The AFRB would allow the Commonwealth to abrogate Victoria's Belt & Road deal, but it won't fix the bigger flaws in Australia's management of its complex relationship with China.