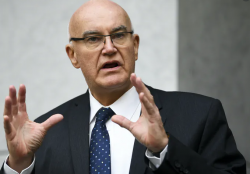 Dr Skerritt has a high national profile dealing with the pandemic and generously agreed to fly down to deliver the 2021 Angus Mitchell Oration.  Not only is he an eminent public servant but he has strong personal links with Rotary making him doubly suitable to be our Centenary Angus Mitchell Orator.

He was awarded a Rotary Ambassadorial Scholarship (then known as a Rotary Foundation Fellowship) for post-doctoral work in pharmacology and neurology at the University of Michigan, USA to build on his PhD from The University of Sydney. In 2012 he was honoured internationally by Rotary International being the world wide winner of the  ”Global Alumni Service to Humanity Award” for his contribution to greater understanding and peace through service to humanity. Only one other Australian has been so recognised – our former member Dr Alex Buchanan.  John’s Global Alumni Service award was made for two streams of contribution – contributions in research in health, agricultural and environmental sciences plus achievements as a leader of Australia’s overseas development assistance (aid) program.

While Deputy Secretary in the Victorian Government from 2009-2012 – overseeing emergency management, biosecurity, fisheries, and regional economic development through agribusiness in the former Department of Primary Industries, he was a member of Hampton Rotary Club. Effectively he remains an Honorary Member of that Club, as while he works in Canberra during the week, his weekend home is in Melbourne. He comes down for a number of weekend Rotary activities, including their popular monthly Farmers Markets. His wife, Amanda Hill is current President of the Rotary Club of Hampton.

He has an extraordinarily broad range of experience in medical, agricultural and environmental policy as well as regulation, research management, technology application and commercialisation. In the 1990’s he held senior management positions in CSIRO and Cooperative Research Centres. Dr Skerritt has been involved in international development assistance projects from the mid-1980s until the present, and from 1999-2009 he was Deputy CEO of the Australian Centre for International Agricultural Research, and had overall management of about $ 2 billion in international aid projects.

As well as his PhD in Pharmacology from Sydney University where he was the first University Medallist in that discipline in 150 years, he is an adjunct Professor of the Universities of Sydney,   Queensland and Canberra – in medicine, agriculture/food and pharmacy respectively. He was elected a Fellow of the Academy of Technological Sciences and Engineering and a Fellow of the Institute of Public Administration (Victoria).

With such an extraordinary range of skills, experience and plus his sustained connections to Rotary, we are privileged that John Skerritt is the Centenary Angus Mitchell Orator. 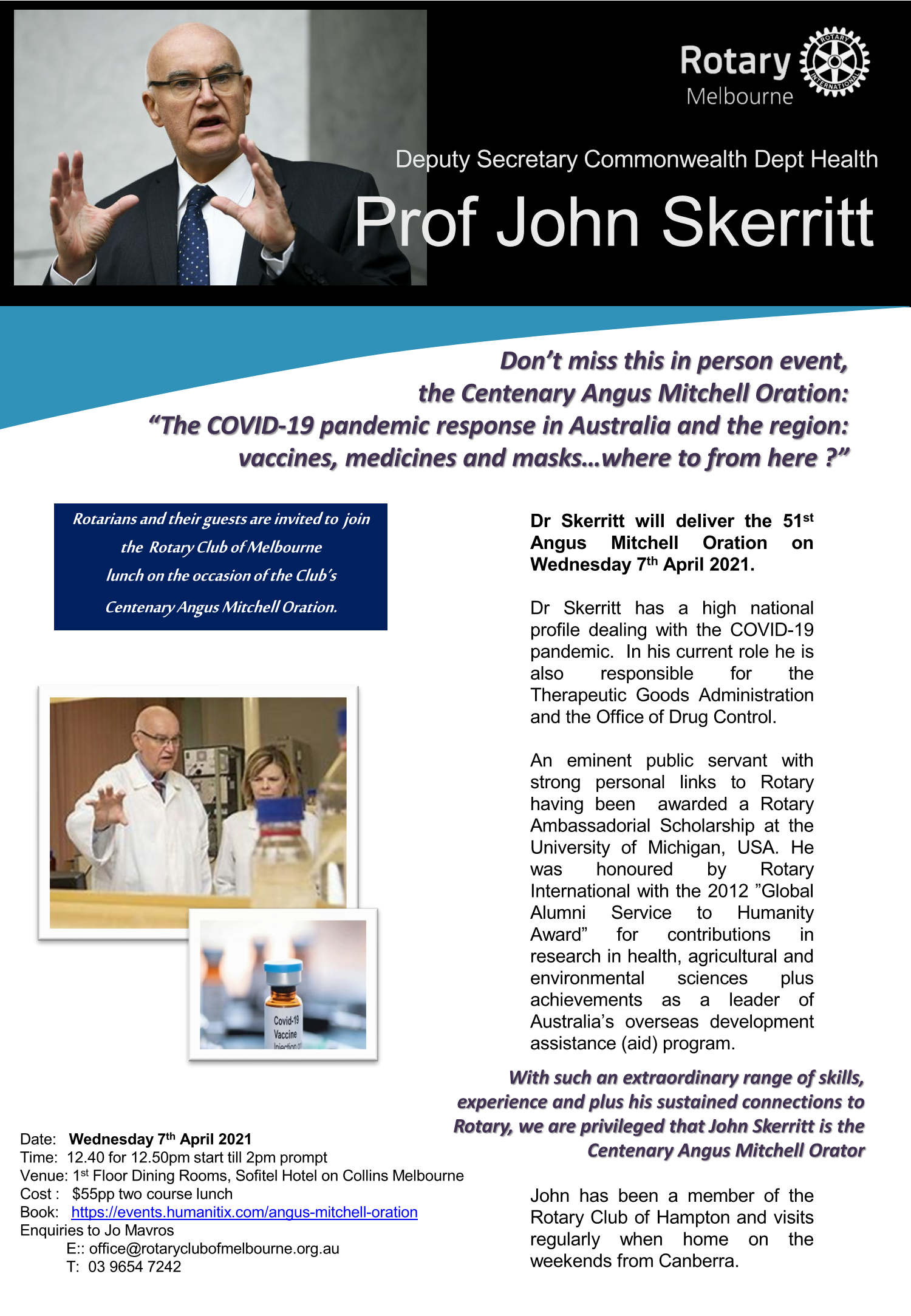