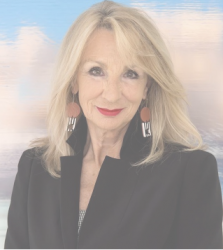 Gael Jennings is a national TV and radio broadcaster with 25 years’ experience as presenter, reporter and TV executive.

She was the ABCs first national science and medical reporter for TV News, and for the 7.30 Report, presenter of 7.30 Report, reporter of ABC TV’s Quantum and Catalyst, host of ABC radio 774’s programs, Insight presenter on SBS, and a development producer with ABC TV.

She is a recognised author and is a regular invited Radio & TV commentator.

After graduating with a First Class Honours BSc from the University of Melbourne, Jennings completed her PhD in Immunology at the Walter and Eliza Hall Institute of Medical Research in 1982.

Gael is an Honorary Fellow at the University of Melbourne’s Centre for Advancing Journalism where she lends her knowledge to future Journalists.

At the University of Melbourne, she is researching the effect of the Internet of the neurophysiology of the brain, and the impact of new media on women, including social attitudes towards them and violence against them.

Note: Proof of Vaccination is required on entry to Sofitel function spaces