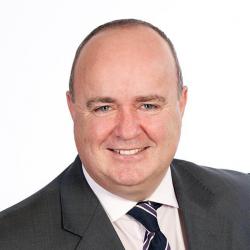 Mark Melvin was appointed Chief Executive Officer for the Committee for Melbourne in May 2022
Mark has a broad and international background having worked in 7 industries and across two continents.

With 30 years’ experience in executive roles across Australia and Europe, Mark has a background in retail banking, franchising, oil and gas, and retail.

In Marks previous role as Chief Executive, Bank of Melbourne and State General Manager Westpac Retail & Premium Victoria/Tasmania, he led a team of more than 2,000 passionate Victorians and Tasmanians who serve over 2 million customers through a network of more than 230 branches and business banking centres.

Having made Melbourne his home in 2003, Mark is a proud Melburnian and enthusiastic Collingwood fan!