"Proclamation" by Hugh Bucknall as he officially launched our Melbourne Rotary 100 Year Celebrations!

Watch this space for some more terrific news about our 100 year celebrations! 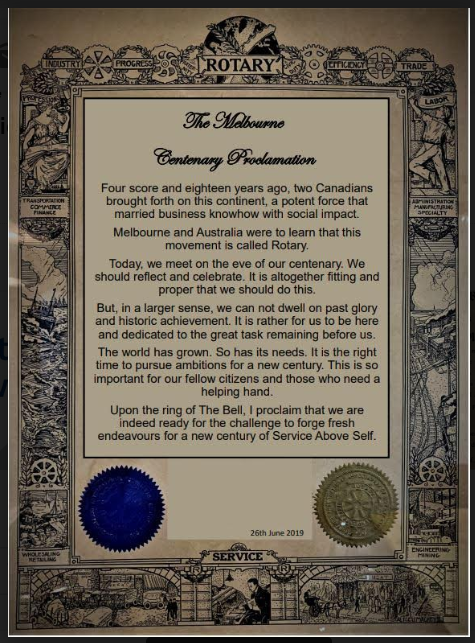