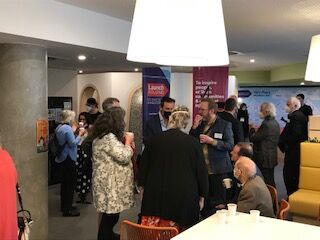 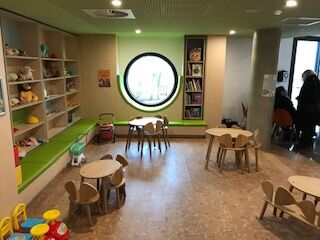 Jim Orchard went to the opening of Launch Housing's new facility Viv's Place in Dandenong on 5 August 22 as the Rotary Melbourne representative.

Jim provided the following points in relation to Viv's Place:

1. Viv's place is named after a social worker from the 60's who pioneered social housing and family support programs.  She was a principal in Hanover Housing a precursor to Launch Housing.

2. Viv's place is a greenfield multi storey complex close to Dandenong station made up of 60 x 2 and 3 bedroom units as well as ground floor common areas - meeting rooms, playground and kitchen.  It is based on a similar facility built in Brooklyn NY, providing permanent accommodation for women and children escaping domestic violence.  It is not a refuge which only provides temporary accommodation.

3. The cost was $31 million (approx $500k/unit) with 40% of the funding coming from the State Government and the rest from a range of institutional and private benefactors.  A number of sites were considered before the Dandenong site was chosen.  Proximity to public transport and schools were key factors.

4. Viv's place is intended to demonstrate that investment in this sort of long term/permanent accommodation saves money in the long term by reducing expenditure, known to be associated with families fleeing domestic violence.  This was the experience in the US and Viv's place will be collecting data to hopefully show this is also the case here.

4. Rotary Melbourne provided kitchen and linen for the units as well as for the common kitchen area.  Our contribution was relatively minor (in a $$ sense) but Launch folks were very appreciative and I was able to talk with Howard Ralley the Launch CEO at some length.  Our Home in a Box supplies fill an important niche and are well received by Launch clients.

5. Currently about 10 of the 60 units have residents with more being assessed via a staged process - Jim's understanding was that the facility will be full in about 6 months.  There is a specialised admissions team using an agreed set of criteria to assess potential new residents.

Photos above (LtoR) - Some of the crowd at the opening, the ground floor children's playroom and Rotary Melbourne provided cutlery and kitchen utensils in one the new units.  Jessie in the photo is a Launch employee.