Commemoration of the Battle of Amiens 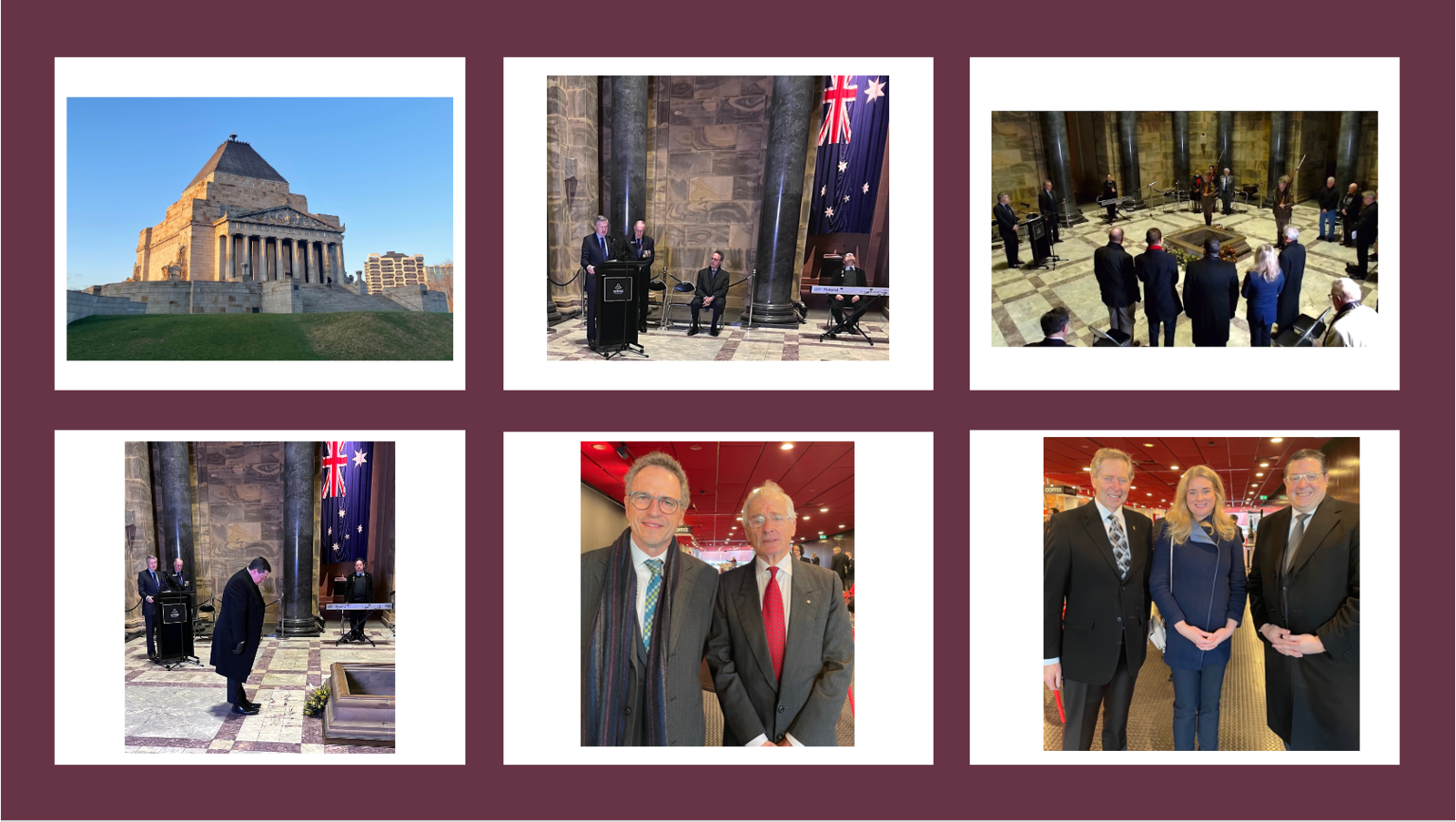 After not being able to hold the Commemoration in person for the last two years, it was very pleasing to be able to conduct the Commemoration of the Battle of Amien at 8am at Shrine of Remembrance on Monday 8 August 2022. The event was attended by representatives from Rotary Melbourne, the RSL, Engineers Australia, the Spirit of Australia and the Monash family.

The oath was read by Michael Bennett, the great grandson of Sir John Monash and the ceremony concluded with the national anthem led by Rotary Melbourne's David Kram.

The event continued with tea and coffee in the visitor’s centre which was followed by an excellent address by this year’s Monash medallist, M Proff Peter Darvil AO who provided some excellent insights into the battle which was greatly appreciated by those who attended. The event was moving and educational and well worth attending and all members should do their best to attend the event at 8am on 8 August next year.

The event was recorded by the Shrine and can be view HERE.

Thank you Peter for our report.