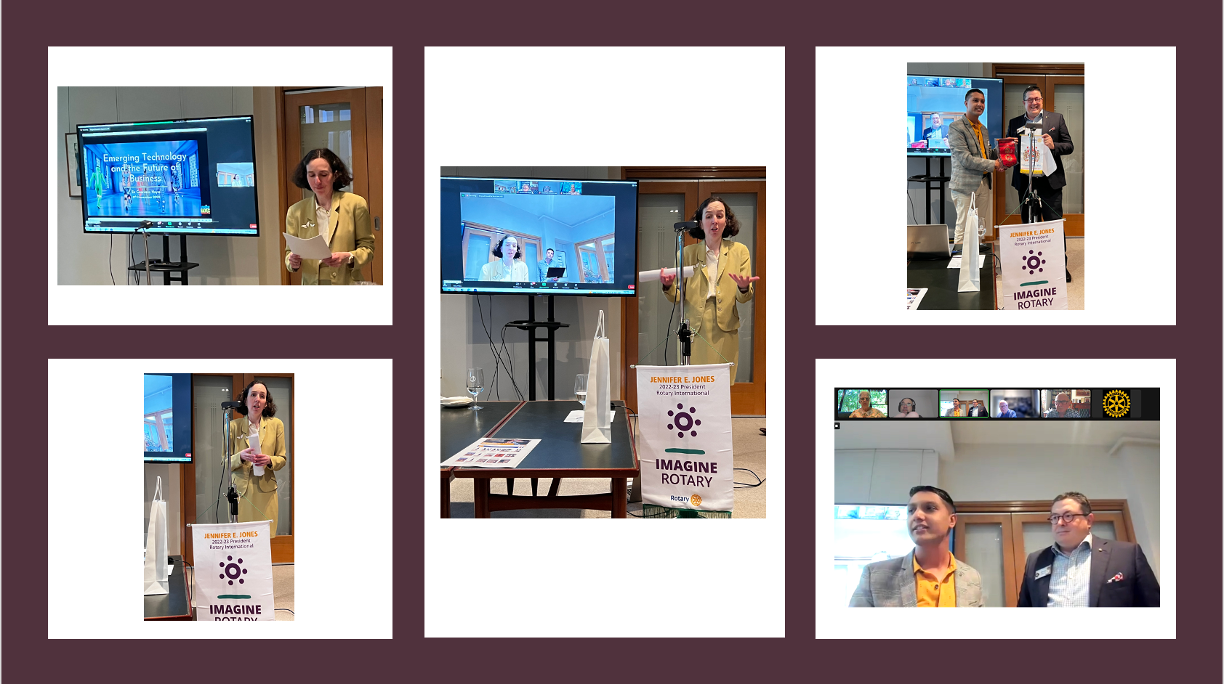 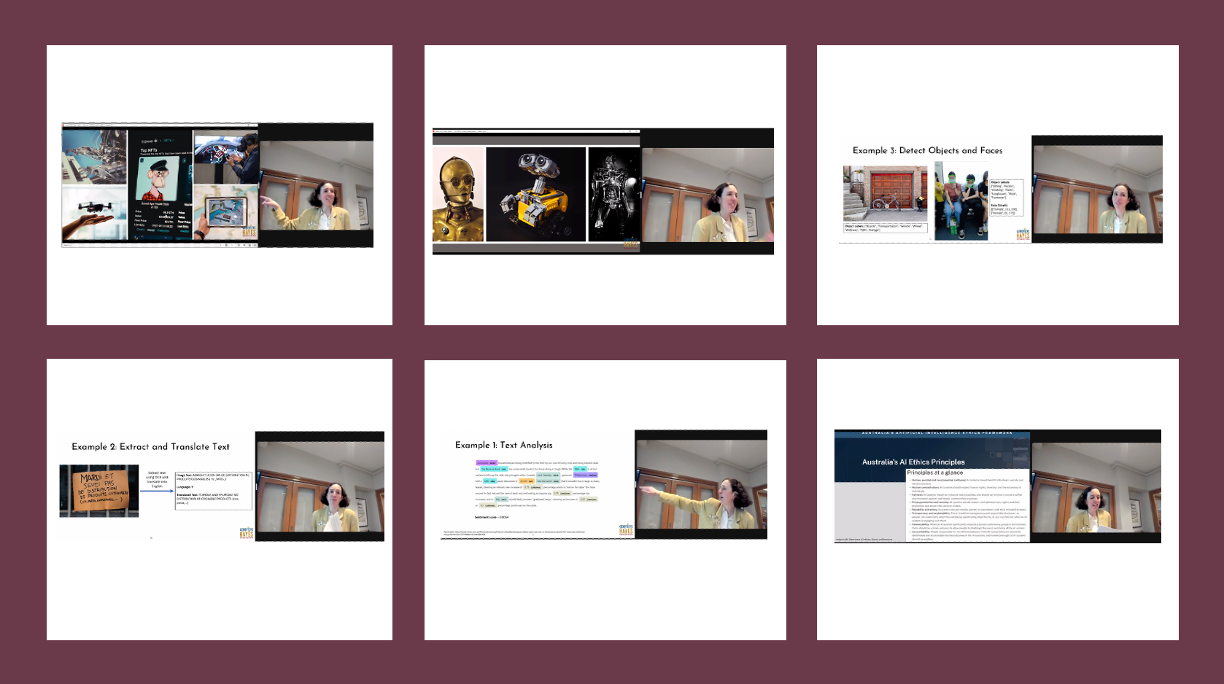 ‘Emerging Technology and the Future of Business’

Last week's Rotary Melbourne meeting on 9 November was our monthly evening conversation in which we hosted Dr Genevieve Hayes as guest speaker at the Lyceum Club.

Building on her initial work as an actuary working in the insurance industry, Genevieve has developed her career as a consultant in artificial intelligence (AI).  Her presentation focused on what AI is, how AI is usually applied as well as the risks and ethical dimensions of AI.
The astonishing insight she shared was that while AI has much future potential to expand its impact, it is already an extensive reality which touches us all daily.  We do not have to look far.  The cars we drive are now typically controlled by AI routines, and the map we often use to get there such as Google maps alerts us to traffic delays and the optimal routes using AI.
In its simplest versions, AI can easily streamline processing of large volumes of information to assist in decision making such as, for example,  loan applications, or insurance claims. She demonstrated text analysis that can be used to select the most informative articles on specific issues, detect objects, to recognise faces recognition, or translate text into different languages.
The ethics by which AI is deployed is a critical dimension that can sometimes result in a seemingly good idea (such as Robo-debt) resulting in harmful consequences.  While AI can be deployed in lethal combat, it is hard to imagine the absence of human intelligence in deciding on potential fatal attacks.
Genevieve's presentation was followed by a lively Q&A.
The meeting was attended by several guests including a regular,  Christoph Schommer from Luxembourg (via zoom), and several visitors from other Clubs and President Adrian introduced Rotary Foundation Vocational exchange participant  from Nepal, Rajendra Gautrman introdcued by Samantha Turner from RC Macedon ranges.  Rajendra and President Adrian performed the traditional swapping of flags and Rajendra commended RC Melbourne for its support of a PCR testing facility during the pandemic in Nepal.  Adrian highlighted that RC Balwyn and Macedon Ranges are the sponsors of this exchange.
Jim Orchard gave an update on the Smith Family Around the Bay fund raising, and launched the Silent Auction, which is mention elsewhere.
President Adrian highlighted that next week he is leading a Rotary Melbourne Delegation of 7 members to the Rotary Club of Osaka (one of our international sister clubs) to celebrate their Centenary.
The video of the full meeting can be viewed by Clicking: https://youtu.be/pBywFpwCz0w 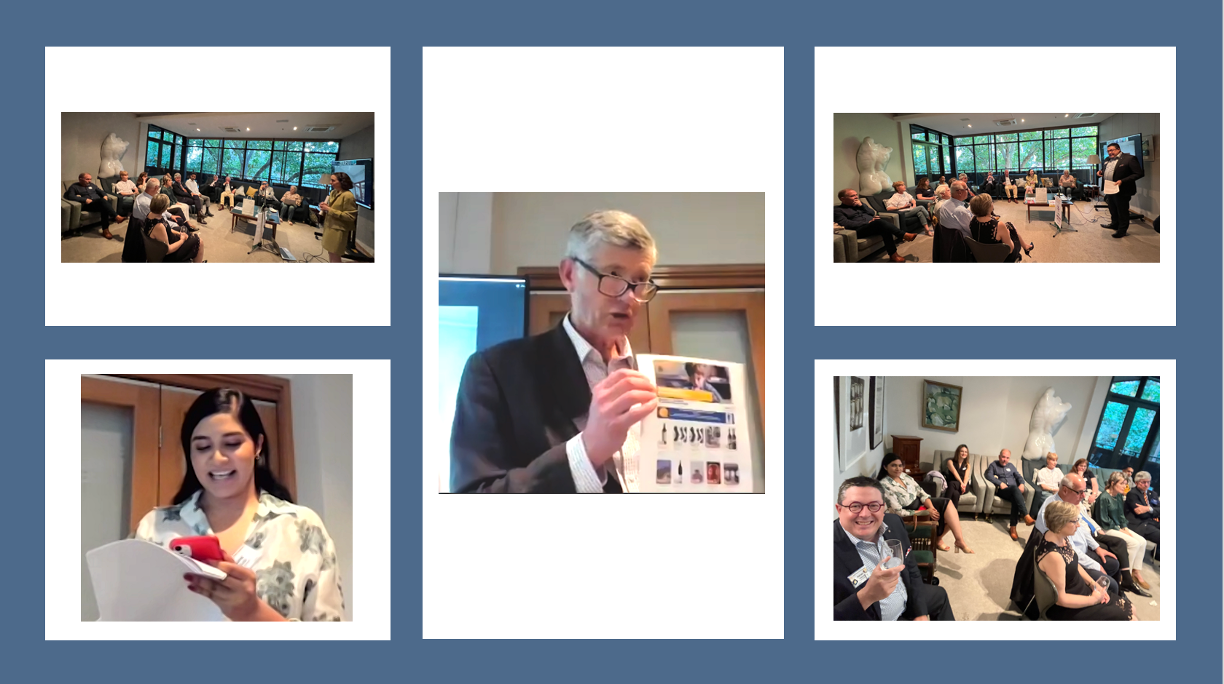