The celebration of 100 Years of Rotary in Australia and New Zealand got off to a spectacular start Friday, with an event broadcast via YouTube from Government House. The signature project for the event Give Every Child a Future was spotlighted during an online event that celebrated Rotary, Rotarians and the wonderful work done over the past 100 years.

Leo Sayer kicked off the event with some of his hits culminating in a toe-tapping rendition of You Make Me Feel Like Dancing.  Master of Ceremonies David Mann hosted the event remotely - from Melbourne.  Rotarians from all around the world joined the 'telecast' to hear His Excellency the Governor General launch the celebrations from Government House Canberra, relating the contribution that Rotary has made and continues to make to the improvement of the world. Although celebrating an incredible contribution over the past 100 years, His Excellency said it is very much about looking forward, not looking back. There will be another 100 years, his Excellency proclaimed, because "big hearts don't stop beating".

Co-Chair of the National Centenary of Rotary Committee, Garry Browne AM, spoke of the strength of Rotary as an organisation, its networks and resources, and of the abilities and dedication of Rotarians that make possible the broad range of significant projects that, in line with Rotary's 'Service Above Self', have made a real difference to the lives of many.

The celebration of the contribution of Rotary and Rotarians finished with another magical touch, a wonderful performance by Opera Australia tenor Nicholas Jones, in Government House, Canberra singing To Dream the Impossible Dream, followed by a true piece of theatrical magic. Australian Josh Piterman, currently starring as the Phantom in the Phantom of the Opera in London sang Music of the Night from London, accompanied via Zoom from Melbourne by renowned musical director, arranger and pianist John Foreman OAM, truly a wonderful experience!

Here is a pictorial snapshot of the history making event.  You can view the entire event on https://www.stagepass.com.au/rotary

David Mann was the MC online from Melbourne. He provided a quotation from 1921:  "A Rotarian is a 'go-getter' and practical idealist!" 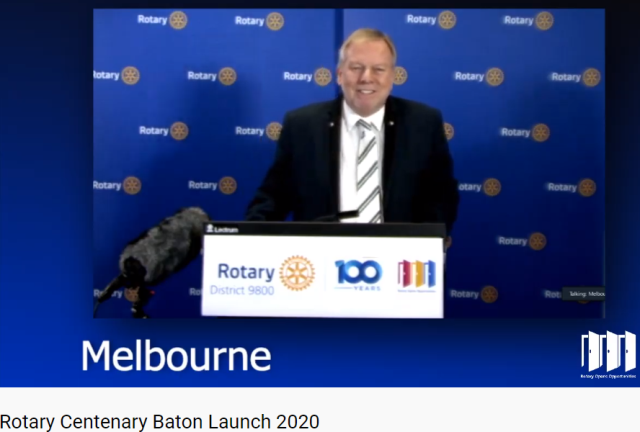 Rock legend Leo Sayer was as always, great voice and much fun in his movements (dancing?) in front of our Governor General His Excellence David Hurley and his team at Government House in Canberra. 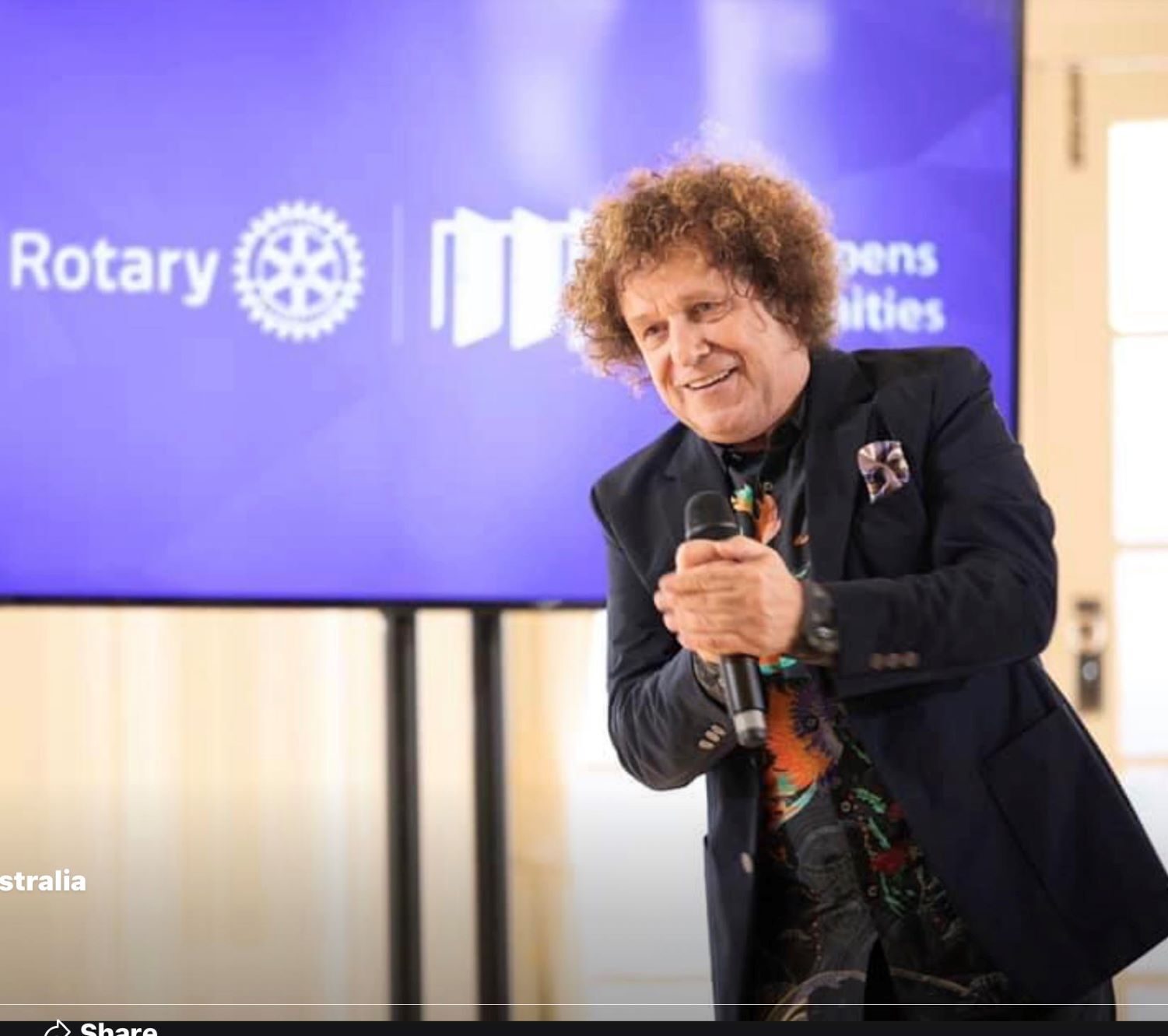 Our Governor-General His Excellence David Hurley spoke with great affection and respect for Rotarians. 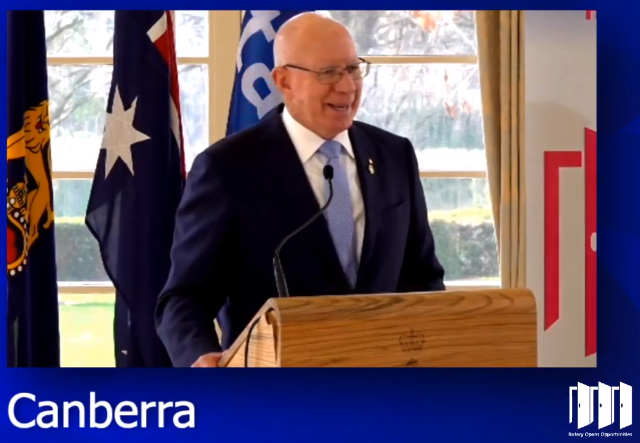 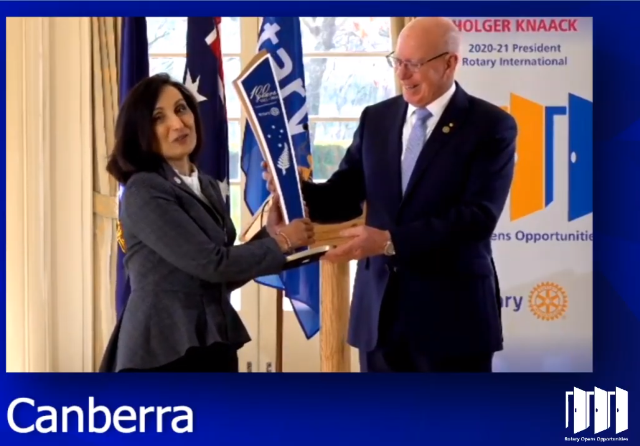 This was the exceptional moment when Her Excellence Mrs Hurley in Canberra prepared to hand the Centenary Baton to our President Marion Macleod in Melbourne.  It was history making at its virtual best. 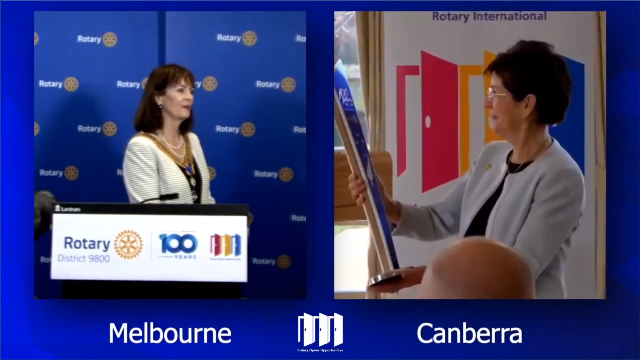 President Marion reaches forward to locate the Baton as it arrives in Melbourne from Canberra! 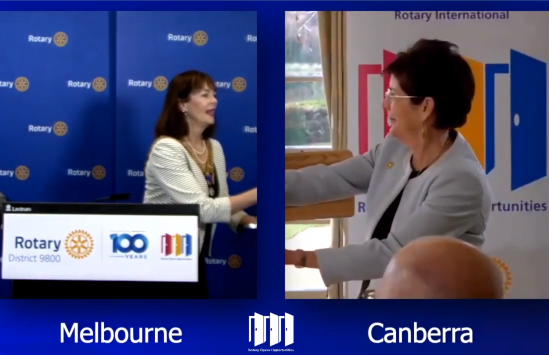 Thanks Marion and we look forward to one day touching our Baton in Melbourne. 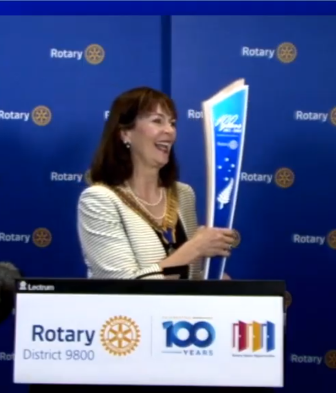 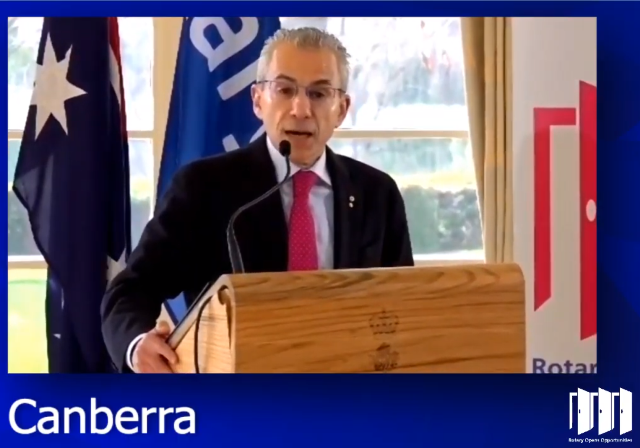 Message of thanks from Hon. Alex Hawke MP, Minister for International Development and the Pacific. 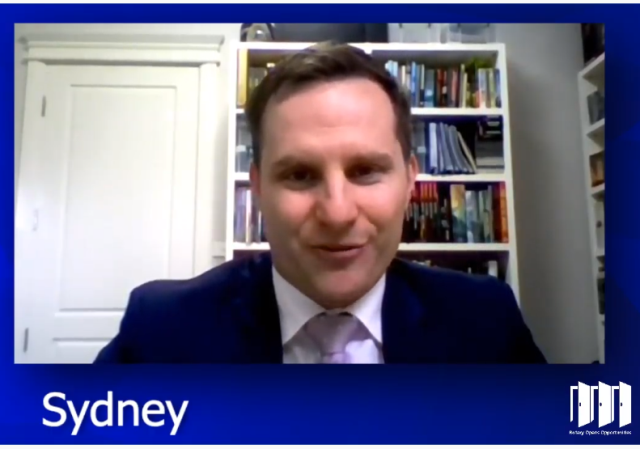 Nicholas Jones, entertained us with his sensational voice and passion. 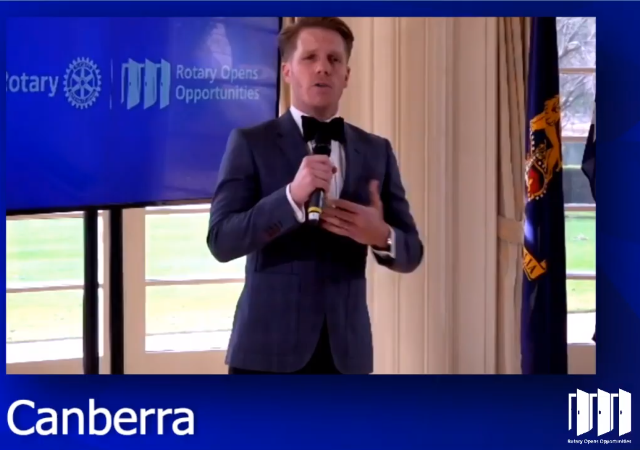 The event was completed with the heart stopping Music of the Night from Phantom of the Opera's Phantom, Melbourne's Josh Piterman singing in London whilst John Foreman OAM played the musical score in Melbourne.  This was a Rotary Special Performance.  It was electric and the Chat Room went crazy with appreciation.  Fancy having the Phantom singing to you in your own home! 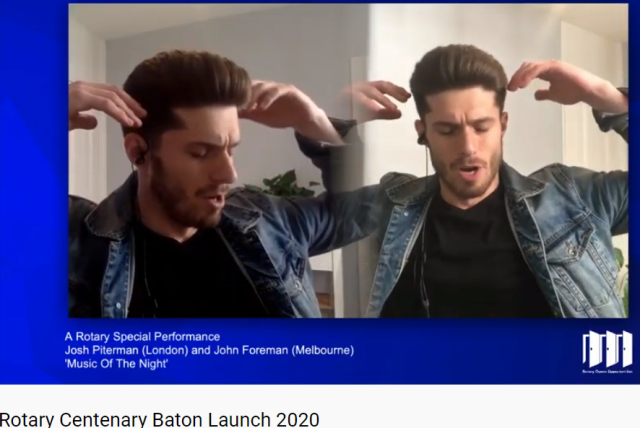 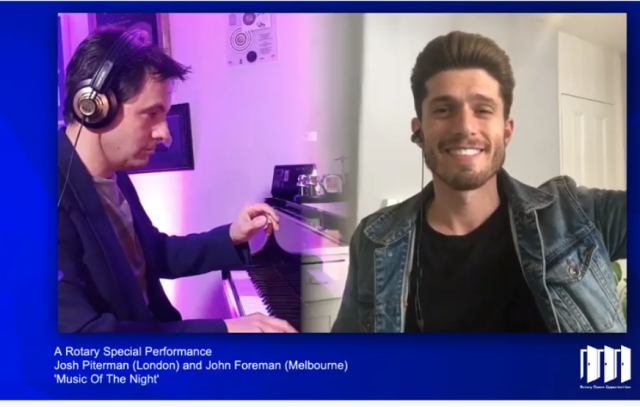 WELL DONE ROTARY AND A SPECIAL NOTE OF THANKS TO OUR HUGH BUCKNALL.  THIS EVENT WOULD NOT HAVE HAPPENED WITHOUT YOU!