James Pullar updated Rotary Melbourne on some fantastic news this week from Paul McDonald, CEO of Anglicare and leader of the Home Stretch Campaign. Victorian Government has made decision to extend care arrangements to every young person in state care to 21 years, on an ongoing basis. The decision, announced in the State Budget last week, is the most significant single reform to child welfare in a generation.

As part of our Rotary Youth Homelessness project the club has supported Paul in this campaign since 2015. Most recently, in September this year we joined other organizations in the sector in requesting the Government extend the expansion of support on an ongoing basis beyond the end of COVID-19.

Rotary Melbourne can be proud of its long term support of Paul and his team throughout the campaign.  James Pullar 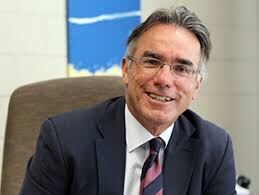 ents to every young person in state care to 21 years, on an ong

What an outcome for all young people in care. Both for those in care today and for those who will be in care in decades to come.

I would like to thank you, the CEO comrades, for your unwavering and ongoing support of the Home Stretch campaign. Your support has been instrumental in achieving this significant and outstanding reform for young people in care in this state.

Each year, over 800 young people have their care terminated on or near their 18th birthday. The announcement by the Treasurer and Minister Donnellan today means that young people will be now able to be supported and cared for by the State, if they so wish, through to 21 years. We will see homeless rates for care leavers (currently around 62% of homeless youth) tumble, we will see education/employment rates double, and will see reductions in arrests, hospitalisation and teenage pregnancies for this vulnerable group of young people.

This is an outstanding outcome by the Andrews Government. Life saving and life changing. Well done everyone! Great stuff!