Recently Rotary Donations in Kind West Footscray was advised of a large supply of Hand Sanitiser available in Melbourne at no cost. Never an organisation to refuse such an opportunity, 40 pallets were quickly earmarked for despatch to Dept of Health in Timor Leste to fight Covid 19 that was at risk of spreading in the many refugee facilities established after the serious flooding caused by cyclonic rain over many days.
Houses, roads, and bridges were washed away, other roads were impassable, crops were destroyed, and people were in shock at the speed and ferocity of the flooding.
The challenge was to find the funds necessary to get the stock and ship the container as quickly as possible.
An appeal to a number of Rotary Clubs quickly solved that challenge and with additional funds agreed by the Rotary Foundation, the container was booked, the 40 pallets, collected from the donor and the container shipped.
About 8 weeks later, the container was cleared from Customs and the stock was transferred to the Dept of Health store for subsequent distribution to the many organisations working in these refugee facilities.
A real win, win, win outcome!
The stock did not end up in landfill, 𝐃𝐨𝐧𝐚𝐭𝐢𝐨𝐧𝐬 𝐢𝐧 𝐊𝐢𝐧𝐝 did what it does so well and the people who needed the assistance received it.
Thanks Rotary, Donations in Kind and the Rotary Foundation. 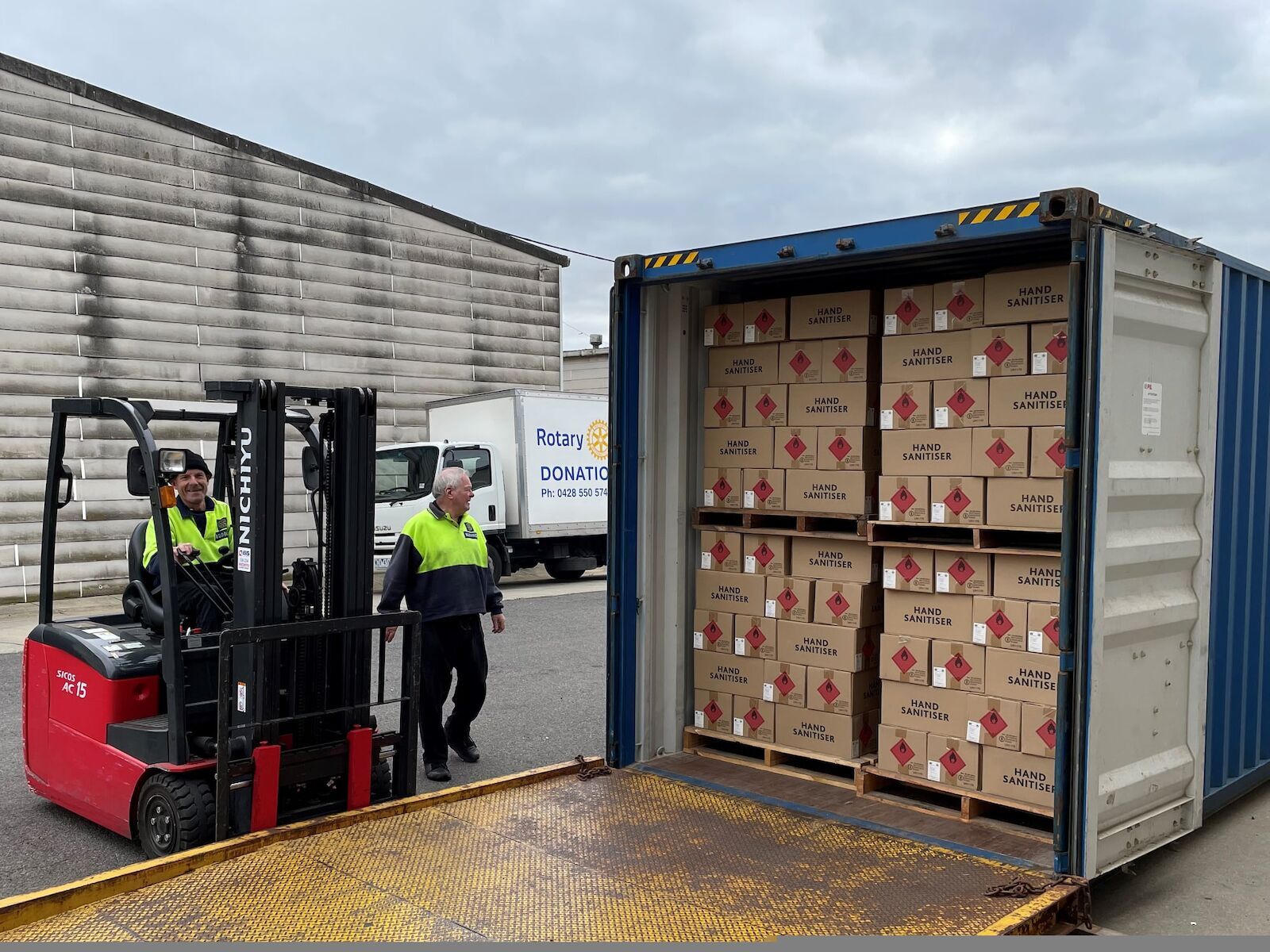