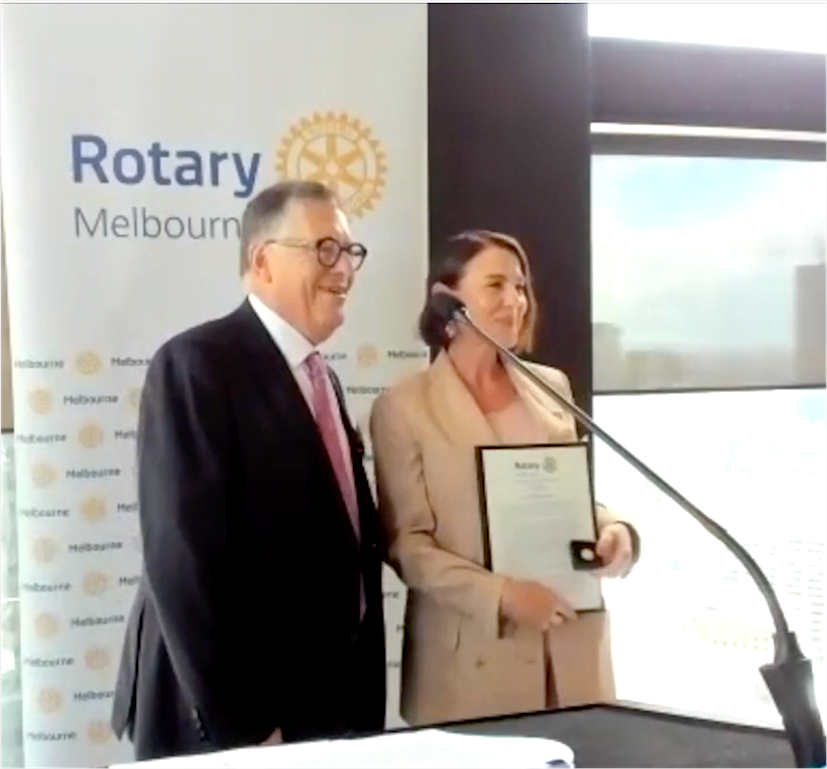 Dr Tania Miletic is the Assistant Director of the newly formed Initiative for Peacebuilding within the University of Melbourne Arts Faculty, working to promote multidisciplinary research, teaching and policy development that supports effective engagement in conflict prevention and peacebuilding in the Indo-Pacific region.

Tania is a Senior Research Fellow in the School of Social and Political Sciences and an experienced academic, educator and practitioner translating research into policy and practice in conflict prevention and peace building in the Indo Pacific region.

The Rotary Centres for International Studies in Peace and Conflict resolution were conceived in 1997 to honour Paul Harris on the 50th anniversary of his death. The first class of 66 Fellows began their studies in 2002.  Tania was one of those fellows and the District’s first World Peace Scholar, earning a Masters in Public Administration at the International Christian University in Tokyo from 2002 to 2004.  This followed a Bachelor of Arts and Post Graduate Diploma in Psychology at the University of Melbourne.  Subsequently Tania achieved a Doctorate in Philosophy in Peace and Conflict Studies at the University of Queensland examining, the perspectives and approaches of emerging leaders in China on contemporary conflicts.

A highlight of Tania’s professional career is her work as a Research Fellow at the School of Social and Political Sciences, engaged on the Australian International Conflict Resolution Project, which seeks to enhance the role of conflict prevention and peacebuilding in Australian foreign policy. Beyond that, Tania has extensively applied her expertise as an analyst and facilitator with a broad range of government and non-government organisations and stakeholders in the areas of peacebuilding, political affairs and community engagement.

In 2013 Tania was awarded Paul Harris Fellow recognition by our District; and, has twice been recognised as an emerging leader in the Asia Pacific region.

The Rotary Peace Symposium was one of several special events planned throughout 2021 to mark the 100th anniversary of Rotary in Australia and New Zealand.  Tania’s lifetime commitment to Peace and Conflict Resolution was amply demonstrated in her extensive effort over 12 months as part of the Rotary Centenary Peace Symposium organising committee.

Tania played a pivotal role in negotiating the digital hosting and delivery of the Symposium with the University of Melbourne, and an important part in program design, securing speakers, and the delivery of the event.

The Rotary Foundation’s objectives were redefined in 1945 to include the fostering of tangible and effective projects for furthering of better understanding and friendly relations between peoples of different nations. Paul Harris himself said, ‘The way to war is a well-paved highway and the way to peace is still a wilderness’.

Tania is an exemplar in the field of Peace and Conflict resolution, her efforts reflect the Rotary ideal of service above self, and the goals of the Rotary Foundation and she joins many other distinguished volunteers as a recipient Paul Harris Fellow (Sapphire).